Is Accidental Death Insurance Worth The Cost!

The reason those policies are dirt cheap is that the mortality risk for accidental death as opposed to other causes of death is very low. When you factor in that companies, rightly so, safeguard themselves by not paying claims if you are under the influence of alcohol or drugs, or if you killed because of an act of war or terrorism, of your accident is deemed a suicide, even though the price is low, it’s kind of a throw away.

On the other hand there are people who engage in employment and hobbies that are inherently risky. I’ve talked a lot about civilian contractors working in war zones like Afghanistan. These people flip the chart upside down compared to the average American doing average things. And people who climb really big mountains and those who jump off of really big mountains (base jumping), well, there are policies to cover those types of things. Lloyds of London will write an accidental death policy for just about any kind of risk and, while one would think coverage for some of these things would be astronomical, at least to me they seem quite reasonable held up next to the perceived risk.

Just a quick overview of the kinds of coverage that we’ve processed recently. A man who will be providing security services in Afghanistan for a year and needed $1 million accidental death and dismemberment. Lloyds was willing to cover that for $11,000 a year. This guy is exposed every day to everything that our troops are and making $200,000+ a year for it.

Another civilian working in Afghanistan as a translator initially looked at $1 million in Accidental death and dismemberment which was $4750 annually. Before he put it in force he decided to add total disability coverage that would pay 10 times his annual salary. The total cost is $5875. His annual salary is $175,000 so if totally disabled he would receive $1,750,000.

A real helpful feature that many of the agencies won’t offer is our ability to accommodate other modes of payment such as monthly or quarterly. Even when you’re making good money, writing a check for $11,000 still gets the gag reflex going.

We just quoted an executive out of Canada who is going to climb a 23,000+ foot mountain next year in Nepal. 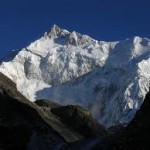 His stay in Nepal and coverage for the climb, 45 days, will cost $3500 for $1 million in coverage. He has plenty of life insurance that would cover this, but this came under the “Honey, if you want to” category.

Bottom line. If you don’t do anything out of the ordinary, accidental death insurance may not be worth it. Your money is well spent on life insurance and keep the accidental death money in your pocket. On the other hand, there are situations where accidental death is the most obvious mortality risk. If you have questions, comments or need quotes please call or email me directly.