It’s been 10 years since I wrote this post. A lot has changed in how life insurance companies view gestational diabetes. Some worse and some in the right direction. I hope bringing this up to date will be helpful. All the best.

What’s The Fuss Over Gestational Diabetes? 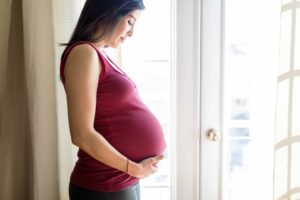 The Way It Was 10 Years Ago

When I first wrote a lot about gestational diabetes and how it affected applying for life insurance, it was a pretty straightforward subject. Let’s assume that we’re talking about a 35-year-old who had gestational diabetes during her recent pregnancy. It resolved at birth and life went on. She wanted $500k of 30-year term. Most companies would offer a standard rate because of the risk outlined above. Her monthly rate for that policy would have been about $55 a month. There were some companies that would approve the same situation at preferred (2nd best rate class) meaning she would have a monthly rate more in the $36 a month range. Then there were a few companies that didn’t think the risk was worth talking about. They would approve her at their best rate class and her rate would be about half of what the majority of companies would charge, less than $30 a month.

Family history of diabetes is noted as one of the biggest risk factors that lead from gestational to type 2 diabetes. In the rate scenarios above her family history of diabetes would likely put her in the standard rate category. But, family history is one of those red flag warnings that helps make sure an anti-diabetes lifestyle is adopted. Family history is negated all the time. Children of parents who smoke and have health problems because of it generally adopt a nonsmoking lifestyle. Children of parents who have had obesity-related cardiac or other health issues will generally have a go at removing obesity from their lifestyle.

I just put together a list of 25 companies that are generally good with assessing risks like gestational and things have changed dramatically. While there were 2 out of the 25 that would still look at best rate class offers, many companies offered far worse than the worst-case scenario 10 years ago. Some companies postponed consideration for coverage for 5 years after childbirth, while others wouldn’t consider coverage until the woman had reached menopause or obvious non-child-bearing years. There seems to have been a major shift toward the idea that gestational diabetes is dangerous for the mother.

There is simply no medical information to back that up which means, more than ever, that choosing the right agent who can lead you to the right life insurance company is critical. The wrong agent choosing the wrong company is a recipe for disaster.

In my 20+ years in life insurance I’ve seen very few health issues take such a backward and scientifically wrong turn. The advantage of being an independent agent is that I can sift through 30+ companies and find the answer you need, affordable life insurance. Hinerman Group can also find quality life insurance for type 1 and type 2 diabetics. If you have questions or have received outrageous quotes or approvals on life insurance post gestational diabetes, call or email me directly. My name is Ed Hinerman. Let’s talk.