Anyone who has served in the international Christian mission field and has tried to get life insurance has probably discovered that almost all life traditional insurance companies will decline missionaries. For instance an individual who is planning on serving as a missionary for the next three years in Southeast Asia. The missionary is looking for $500,000 of coverage for estate planning and for loss of future income for their dependents. Underwritten by Lloyds we could offer a three year international term life insurance for missionaries to cover the time they will be out of the U.S.

If you are an avid rock or mountain climber to any technical degree and you suddenly get an interest in life insurance when you get married or have your first or fifth child, you have probably found that traditional life insurance companies love you for your health and hate you for your avocation. 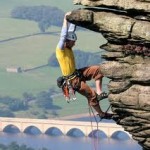 They will either decline to offer coverage or make the price so high that you either can’t afford it, can’t afford your hobby, or can’t afford to carry an adequate amount of life insurance. Lloyds can cover that gap through their 24/7 accidental death and dismemberment

If you are going to a war zone, whether Iraq, Afghanistan or any or the war torn African countries, obtaining traditional life insurance is off the table until you are back and don’t have plans to return. Civilian contractors, oil field and construction workers often find they can beat the economy in the US by working overseas, usually for a year at a time. Occasionally a company executive has to go someplace dangerous for just a few days. Take the case of a person working for an aviation company that needs to spend two weeks in Afghanistan doing checks on aircraft that would potentially be purchased. Or a translator that is deployed to Afghanistan for nine months at a time and his duties include flying on marine patrols and translating for them in hostile areas. We can arrange for AD&D and disability coverage in war zones for as little as a day or as long as a year at a time through our Lloyds underwriters. 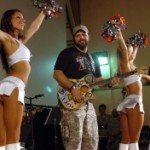 Entertainers who go into war zones to help bolster our troop morale face the same dangers as their audience. The risk of accidental death or permanent disability increases exponentially, if only for a short time. Lloyds can cover that risk up to $100 million for exactly the length of time it is needed. No paying for time that isn’t needed.

Ever wonder what happens when a big event, a concert or show, of some kind doesn’t happen because of some unforeseen circumstance? If an event has to be canceled due to adverse weather, the illness of a performer, travel delays or power outages, Lloyds can underwrite event cancellation and non appearance coverage to compensate for lost promotions costs, projected revenue and sponsor losses.

Bottom line. There are so many situations that traditional insurance companies don’t know how to or won’t underwrite, from life insurance for missionaries to contractor’s insurance, that can be affordably covered by Lloyds. People think of Lloyds and think of someone being covered for their singing voice or their trademark legs. They are much deeper and cover more practical needs. If you want to talk about your situation and get a free estimate for international term life insurance, contact Hinerman Group.

“Thank you so much for the effort you put into securing my husband’s life insurance policy. As a person diagnosed with bi-polar type II, he was treated as nearly impossible to insure by our old insurance agent. Yet, he is fully functioning with this disease and has a flourishing career. You were able to hear our frustrations about the stigma attached to the bi-polar label–that all bi-polar patients are depressive or suicidal– and teach the insurance company’s underwriter the difference between a functioning bi-polar II adult and a person whose disease is far more of a liability to an insurance company. Thank you for the effort you put into securing my husband’s policy; with your help, we ended up with a policy that costs the same as a healthy, non-smoking, non-bi-polar adult. Moreover, your service as our agent was impeccable. You followed up every step of the way. We can’t wait to tell others–with or without illness– about your service.”