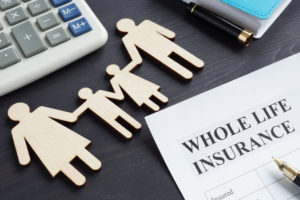 The definition couldn’t be much simpler. Guaranteed issue is a life insurance policy that the company guarantees it will issue and put in force no matter what health conditions you have. Some guaranteed issue life insurance companies have age limitations. Most use 40 as a minimum age. The maximum age varies from company to company, but will generally be between ages 60 and 80. Most companies will only issue small policies in the $20,000 to $40,000 range, so these are final expense size policies. They are whole life policies so you can’t outlive them.

Most guaranteed issue policies use a two year waiting period. During the first two years if the insured dies, the company would return all of the premiums paid plus, generally, 8-10% interest to the beneficiary. Starting in the third year the policy would pay the full death benefit.

With either of those options, if the death is accidental, they would pay the full death benefit from the beginning of the policy.

So why should you buy guaranteed issue life insurance?

In this section I’m going to cover when you should consider guaranteed issue rather than traditional fully underwritten life insurance. There are times when a fully underwritten life insurance application won’t get approved because of health reasons. A few instances where a decline would happen with virtually every life insurance company could be if the proposed insured had stage 3 or 4 cancer, a history of multiple heart attacks, or end stage renal or liver failure. The why of buying guaranteed issue all comes down to life expectancy. If the proposed insured only has a few months to live then it probably wouldn’t make sense to buy the insurance since the full death benefit wouldn’t be available until after two years.

I think we can all cite instances in which a friend or relative was told they had a year to live and they go on to live several years. This is a perfect fit for guaranteed issue life insurance for two reasons. 1. As I just noted, people often outlive the best guesses of their medical professionals so they could well live long enough for their beneficiaries to receive the full death benefit and 2. Even if they pass away before the two years when the full death benefit is available, the beneficiary will receive all the premiums paid plus (best case) 10% interest on those premiums. That return on the premiums invested is better than saving the money in the bank, by a very large margin.

When is guaranteed issue the wrong choice?

It is not by accident that far too many people who would qualify for fully underwritten life insurance at good rates end up buying a guaranteed issue policy. Guaranteed issue is heavily marketed to people over 50 by making them believe that it is hard, if not impossible, for you to get approved for traditional life insurance at age 60 or 70 or older. Before jumping into guaranteed issue you should have a heart to heart talk with a good independent agent to see what might other options might be available. Here’s why. Let’s assume a 60 year old man who is overweight and has type 2 diabetes is looking for a $40,000 final expense policy. He can get a guaranteed issue policy for $3515 a year, $293 a month. No questions about weight or health issues. The man I just described qualifies for standard rates with several companies. The best of those would approve the same policy, with no 2 year waiting period, for $1468 a year, $129 a month. With the guaranteed issue policy the insured would pay for their own death benefit by the 12th year, $42,180. With the traditional policy that point would be reached in the 27th year, $39,636.