Home » Life Insurance Blog » Is SelectQuote The Best Option For You?

Is SelectQuote The Best Option For You?

I wrote this post nearly 10 years ago and it seems worthy of an update on my continued disdain for many agents and agencies, especially the mega life insurance agencies like Selectquote. They still don’t get that they are in a service industry.

Does Being Big Mean You Give Good Service? 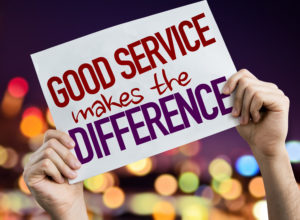 I was talking with a long time client a few days ago and they asked why Selectquote advertised such great life insurance rates on TV. I asked if they had read the rapid fire fine print (disclaimer) that comes with those great rates. You know what I’m talking about. The fine print that so many companies use that explains why their offering may not really be as good as it appears. It’s there for 5 seconds and is so small and so overwhelmed by the big splashy stuff above it, that it is almost never read.

The fine print tells volumes about Selectquote. We’ve all seen the ads. A young couple or parent with very young children and an ad that says that the father can get $500,000 of term life insurance for just $18 a month. While it’s true that that father qualifies for that much insurance and, with good health, at that price, the fine print explains that it is for a 10 year term policy. I just can’t tell you how wrong it would be for a parent with a young child to buy a term that doesn’t, at the very least, cover the family until that child is an adult and not dependent on parents. They use the same deceiving advertising on their website and the $18 has an asterisk (fine print below).

Good service doesn’t start with deception! Buying life insurance to protect your family or business from financial devastation is an important part of responsible adulthood. The goal of an agent or agency (or Selectquote) should be to shoot straight and be responsible in all of our actions. Knowing that the $18 for $500,000 doesn’t fit the picture they portray just to get you to call is a game. Whatever it takes to get you on the phone. If that was the worst of it we could just write them off as less than forthright advertisers, but that is just the beginning of the game.

Let’s Define The Different Ways To Play The Game

Let’s start with a level playing field that all life insurance agents and agencies share. Unless a client shares a recent set of lab work with us prior to quoting, none of us know with any certainty what their insurance exam labs will show. At this point, absent any red flags, we all assume the lab results will be normal and we quote the best rate that assumes normal labs.

Difference #1. Each agent or agency has their own definition of the “best rate”. As an independent agent I represent all of the top companies and I always quote the absolute best rate. Some agents represent all of the top companies but may always quote one company that gives them a bonus for writing most of their business with them. It may not be the best rate out there, but they are betting you won’t know that. Some agents are captive. Captive means they work for one company and they aren’t allowed to quote other companies. That’s not good because none of the captive companies have the most competitive rates. Captive agents are betting that you will be enamored with the name of the company and not look at other rates.

Difference #2. What happens if those labs I talked about above don’t come back normal and the quote changes because of that? The captive agent is stuck. They let you know what the approved higher rate is going to be and remind you that you are enamored with their company. The independent agent (includes online agencies like Selectquote) that wants to use one company will try to make a case that the increased rate because of your labs will increase the rate with all companies. Given that you should just accept the new rate. Hinerman Group would review the lab results in light of how other companies would treat that result. Not all companies treat lab results the same.

Back when I wrote this post I had someone call me because they had applied with Genworth Life Insurance through Selectquote. On their labs the cholesterol ratio was 4.7 and their total cholesterol was 212. With Genworth both of those bumped the client out of the best rate class. He was told that the new rate was as good as it gets because all companies would treat it the same. I found two companies that would give him the best rate class with those results and we got him approved with the best of those two and he got a refund from Selectquote.

So why didn’t Selectquote tell this customer that those labs could get him a better rate than what he got approved for? Two reasons. 1. They are pretty sure customers won’t get a second opinion, so why not pocket the larger premium (more commission)? 2. They process over 100,000 applications a year. Their business model simply says it is more profitable to lose a few sales because the client got a second opinion than to do another application to help the customer. It eats into profits if you have to do something twice. So you have to weigh profit against honesty and integrity and putting your customer first. If a client of mine doesn’t get the price he or she applied for I immediately find out why and find out if I can get him or her back to where we wanted them.

I don’t fault Selectquote for trying to make a profit but I do believe they are lacking in integrity and I think putting profit before honesty and customer service is wrong. Who should profit in a life insurance purchase? The customer, always. If you have have been mistreated and want an honest second opinion call or email me directly. Let’s talk.