I wrote the post below a few years ago and things have been changing, so here is an updated version of the information.

The Way It’s Been

I’ve written for years about the best underwriting and life insurance prices available for those with treated and untreated (watchful waiting) prostate cancer. Within the medical parameters of no higher than a stage 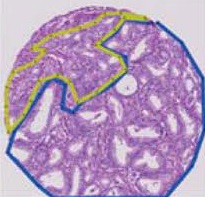 T2c and a Gleason grade of 6 we have been able to get better than standard rates for over 12 years for cured prostate cancer. For those on watchful waiting there have only been a few companies that would even look at approvals and those approvals were a best case table 2 to table 4 (50% and 100% above standard rates). Also with watchful waiting the parameters are a stage T1 (not T2) and Gleason 6.

There have been two major changes in life underwriting that have opened doors for a whole new group of prostate cancer survivors and lowered rates dramatically for those on watchful waiting with low stage and grade life insurance.

To set the stage to discuss the change for prostate cancer survivors we need to put the Gleason grade in perspective. Probably 15 years ago an underwriter explained to me that the Gleason grade of prostate cancer could best be compared to the Richter scale that measures the intensity of earthquakes. His analogy compared a Gleason 6 to a fairly mild Richter scale 5 earthquake. In his comparison a Gleason 7 would be a Richter 6, a Gleason 8, a Richter 7 and so on. The good news is that, while that underwriter’s opinion from 15 years ago was accurate at the time, well, times have changed. 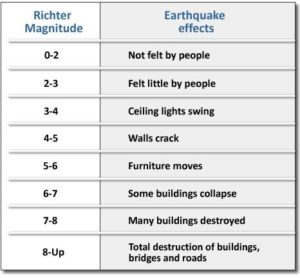 Knowing that prostate cancer treatment and knowledge is improving all the time I have continued to shop for clients with a Gleason 7 even knowing that the very best companies would likely postpone coverage until four years out from treatment or only offer coverage with a large flat extra cost for 3-5 years. When someone needs, say, $1 million of life insurance, a $5 flat extra charge per thousand adds $5000 per year for the first 3-5 years. I just shopped a case for life insurance on the CEO of a company with a stage T2c and Gleason 7 last week and even prostate cancer powerhouses like Banner and American General either offered a large flat extra or a 4 year postpone respectively. The big surprise came with two other major players stepping up with a standard rate and a standard plus rate respectively, a huge change from even a few years ago.

To put that in perspective the best of the major players I referred to would approve a $500,000 20 year term on a 60 year old for about $4200 a year. If Banner Life was the best offer on the block, for the first four years it would cost $9322 a year. In the 5th year it would drop to back to $5500 a year and be level at that through year 20. I’m no rocket scientist, but in my professional life insurance opinion Banner is trying to suck a low risk impairment for a huge profit. In Banner’s defense they are great in other areas that makes them a go to company in my portfolio. If this had been a Gleason 6 they would have been the number one choice at $3700 level for that $500,000 for 20 years.

Just like the changes above, a major shift came in mid 2019 when a major life insurance company decided that watchful waiting didn’t carry near as much risk as underwriters and actuaries had assumed in the past. The premise of watchful waiting is that often a low stage and grade prostate cancer is very slow growing and not an immediate threat to the patient. So, no active treatment is pursued but the situation is “watched”, with a PSA check every six months or so and a digital rectal exam at least once a year. If the PSA rises significantly or there is concern when the DRE is done, a repeat biopsy is done. If there isn’t any significant change in the size, stage or grade of the cancer, then watchful waiting continues. But here is why this one company has decided it is safe to offer lower rates. If there is a change in the cancer, while it still a low stage and grade cancer, treatment is recommended and the cancer can still be cured. So, treatment with all the side effects can be avoided while it’s still safe to do that, and if the condition changes a cure can be implemented. No harm, no foul.

In the last year I have been able to get new policies for clients who had been previously “table rated” by Transamerica. They now have lower rates and extended term lengths at a standard rate from another highly rated company, the same rate the many “cured” cancer survivors are approved for. Two of those new policies have been done during the ongoing Covid 19 pandemic. Life insurance can still be obtained quickly and safely during this health emergency.

Again, in defense of both American General and Banner, they are hands down the go to companies for other reasons. But the square deal with Gleason 7 prostate cancer life insurance and watchful waiting goes to the competition who, fortunately, are among the 25 life insurance highly rated companies I represent. If you have been declined or highly rated for prostate cancer or watchful wating that falls within the parameters above, call or email me to discuss how we can find the best possible rates for you. My name is Ed Hinerman. Let’s talk.