Declined For Life Insurance? How To Change That!

I wrote this post 4 years ago today and it could use updating and clarification. So, here I go, on task and laser focused, sort of…All the best.

What Does Being Declined Mean?

For those applying for life insurance there is nothing more disconcerting and worrisome than a company declining your application and refusing to offer the coverage you want and need. No one applies for life insurance expecting a decline so to run into that dead end leaves you wondering if you’re dying or what risk you present that is so borderline that a company refuses to accept it. Being declined means that the life insurance company you applied through isn’t willing to accept you in their risk pool of clients. It’s critical to understand that what is acceptable varies wildly from one life insurance company to another. 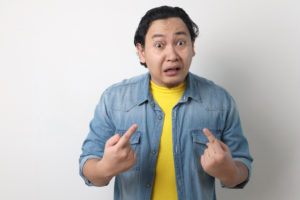 So, let’s discuss several reasons that life insurance is declined and why you didn’t see it coming. It isn’t as rare an occurrence as you might think so better to know how it happens in order to avoid it.

Five Things You Need To Know

Bottom line. Honestly most life insurance declines are due to agent inefficiency. A good agent is going to find a way to avoid that decline up front or fix it when it breaks. If you have questions or have been declined and don’t believe you should have been, call or email me directly. My name is Ed Hinerman. Let’s talk.

“I thought that most people with bipolar disorder were uninsurable regardless of any other factors. Fortunately, I came across Ed Hinerman’s website and contacted him. Ed was very knowledgeable and clearly very experienced in this area. He patiently explained that I actually had options and helped me get an excellent policy into place. Ed was very professional throughout the entire process and both my wife and I have been thoroughly impressed with him. He really helped our family and I would recommend Ed with great confidence.”