Why Would A Pro Athlete Need Life Insurance!

There is a mistaken belief that people that have really great incomes, like professional athletes, don’t really need life insurance. The assumption is you have a large income you probably have it managed so that your family would be taken care of if you died prematurely.

One other thing I want to touch on is that celebrities and pro athletes very often have charitable foundations. 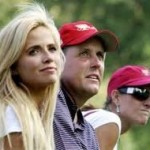 So, do celebrities and professional athletes need life insurance? I think it’s important to look at this from the same list of needs that most of us have, albeit on a larger scale. Does the person have responsibilities that would not be met, or would be hard for their family to meet if they were to pass away? Is there a family that is dependent on income that could suddenly stop upon death? And trust me, celebrities and pro athletes are not immune to the same economy that is wreaking havoc on our retirement plans.

When I think of responsibilities my mortgage and commitment to my church and other charitable organizations comes to mind. Leaving a mortgage behind for my wife, knowing that it would take liquidation of valuable assets to pay off is just not a direction I’m willing to go. The life insurance leaves the assets untouched and pays off the mortgage. My charitable giving is something that doesn’t have to outlive me, but I want it to. I want those organizations that have touched and molded my life to get a final gift that will make a difference.

Is there a family that would be hard pressed to maintain their life style if the income was suddenly gone? Just like the rest of the world the famous folks category is full of good and bad financial planners and as many of them have discovered, hiring a high dollar financial planner Just shifts the burden. They are still subject to good or bad financial planning. Even the most experienced financial planners have realized what a bad track record feels like the last four years. Their need for life insurance to cover an event like having their investment and real estate holding value cut in half is no different anyone else. If a person that only loses $100,000, temporarily or permanently, life insurance can replace it if you aren’t there to keep earning.

When you look at the amount of money that the PGA gives to charity and the large number of charitable foundations backed by professional golfers, it’s apparent that there is an inordinate amount of good being done by the professional athletes that many people like to pick on as overpaid. The creative use of life insurance can ensure that these legacies far outlive the great people that started them.

Unfortunately celebrities, athletes and their managers are the meat of choice for life insurance agents who dress for success and sell overpriced products, not because the client needs it, but because they know sticker shock usually isn’t an issue. And the higher the premium on the life insurance, the bigger the payday for the agent.

Bottom line. Life insurance isn’t complicated by being successful and successful people, whether athletes. actors or CEO’s don’t end up with a high net worth by paying more than they need to. An independent agent like myself has access to more companies, better products and better underwriting than the captive agents that over 75% of professional athletes are led to by their managers. If you would like to see the difference, call or email me directly.