I have a lot of clients, especially ex military, who have their auto, homeowners and sometimes life with USAA. They are a stellar company from a ratings and financial point of view, but with life insurance underwriting they are, well, conservative would be a good way to put it.

I just got an approval on a case where the client had already been approved by USAA. They approved him at their best rate class but because he is a 70 year old private pilot and flight instructor he had a choice of taking the $1,000,000 policy at $8500 a year with an aviation exclusion or paying an extra $8000 to cover his volunteer work doing check rides for the Civil Air Patrol. We got him an approval at $8400 a year with full aviation coverage. And this was in spite of his airplane of choice being a Chinese Nanchange CJ6 military trainer. 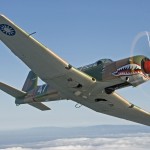 It’s just another great example of how one company never fits all situations. My business would dwindle to nothing if I didn’t have 20+ companies that each have strong underwriting niches. Whether it is aviation, sleep apnea, gastric bypass or obesity life insurance, I’ve got companies that don’t get beat. And the list goes on. In the last almost 14 years I have had the chance to work on just about every kind of impaired risk life insurance case and have been able to find the winners for most situations.

Bottom line. USAA agents have one choice for their customer, just like all captive agents, and as noted above that can leave them in a position of offering policies that don’t make sense. I would rather lose a client than present them with something that I know they can get for half the price.

“It’s been a real pleasure working with you on our life insurance needs. Like I said before, I spoke with many different insurance brokers in the past but never felt comfortable working with them. You’ve been very thorough and of course, patient, in answering all my questions. I will recommend you and your company to all my family and friends for any insurance needs they may have.”

It's been 10 years since I wrote this post. A lot has changed in how life insurance companies view gestational diabetes. Some worse and some in the right direction. I hope bringing this up to date will be helpful. All the best. What's The Fuss Over Gestational...