As any physician, attorney, dentist or CEO will confess, the journey from student to professional is not one for the faint of heart. For many it can be the most stressful part of their life as physicians reach residency and attorneys study for and take bar exams. Much is expected and there is no slack given when you’re feeling overwhelmed.

And for some gaining the status of professional is just the start of a stress balancing act that, while they are good at it or they wouldn’t be there, can lead to some of the minor mood disorders. Anxiety, stress and in some cases situational depression can just be a part of the life they’ve chose. Unfortunately in the wrong life insurance agents hands, this can lead to higher rates than need be paid. Higher rates coupled with the fact that most professionals carry anywhere from $2 million on up just for income replacement, can mean a waste of substantial money.

As we’ve discussed a lot in this forum, most companies have a bucket that they throw all mood disorders into without ever looking at what impact the disorder is actually having and with treatment, what stability is achieved and how, in fact, they are performing at levels that most of us would consider, well, not possible. They juggle more than most can take on and still have time for family and fun. So, why should they be rated by insurance companies for something that, frankly without, would probably lead to failure in their chosen career.

I worked with a physician just recently who had worked through bipolar disorder and at one time a physical assault along with everything else it took to become a successful doctor. She was declined for insurance by some very notable companies. After shopping this she is receiving her policy today including disability waiver of premium at a standard rate. It’s those companies that won’t read all the way to the part of the story where the person succeeds that treat clients unfairly and discourage so many who are insurable from ever applying again, or accepting rates that are far too high.

If I could speak to a convention of underwriters I think I would simply pose the question, how many of them are treated for mild anxiety, stress or depression and do they really think it impacts their mortality? Do they really believe that, even though they lead stable, normal lives, they should have to pay a higher rate than someone who isn’t, for instance, taking Prozac.

There are quite a few companies that get it. They go beyond the label and approve policies based on how people are actually handling life. It’s called clinical underwriting. US Financial changed the life insurance world forever (or at least part of it) when they nixed the practice of bucket underwriting and replaced it with a real attempt to underwrite based on facts instead of labels.

I’ve helped a large number of 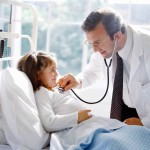 physicians get the rates they deserve when they get kicked by some company because they took a mild anti anxiety or anti depressant drug during their residency. It’s amazing how many are still not treated fairly even 5-10 years after leaving the residency anxiety and treatment behind and starting a successful career.

Bottom line. Don’t let life insurance companies unfairly drag out an issue that shouldn’t have been an issue to start with. If you’ve been treated unfairly, if this post clicks with you, give me a call. I can find the right product at the right rate.

“Thank you for your superior client service. You really made the extra  effort to find us the best quote despite my difficult circumstances. I  would be happy to provide a reference or referral regarding your  professionalism and customer focus.”