Now That Is Some Brave Life Insurance Underwriting!

I get industry updates almost daily when companies believe they have a niche that is going to the the magic bullet for a client. Sometimes I wonder if anyone really thinks it through before they yell, “Hey, look at us!”

I’m a big fan of United of Omaha. With their lifestyle credits on term insurance we have been able to place impaired risk life insurance cases at prices that are sometimes half of what a client could normally expect. They seem to have some of the brighter lights in the stadium on their underwriting team which leads me to believe that the urgent release we got from them yesterday must have come from a marketing person. They wanted us agents to know that United of Omaha would offer preferred plus rates for private pilot life insurance…….with an aviation exclusion. That one ought to have pilots calling non stop for days! Oh, wait. 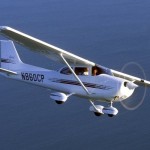 Private pilots can get preferred plus rates through other companies with full aviation coverage, 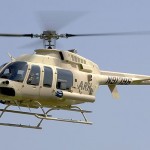 even flying helicopters. Someone send marketing a memo!

Someone finally broke through the underwriting defensive wall on the subject of cholesterol and it’s relation to HDL, often known as the cholesterol ratio and the tide is turning. It used to be that Genworth was the go to company because they would allow a total cholesterol of 240 with a ratio of 5.0 (total/HDL). Genworth just recently raised their preferred best cholesterol maximum to 300 with a ratio of 4.5 and other companies are following suit with best rate maximums in the 280 to 300 range if ratios are in the 4.0 to 5.0 range.

A case I wrote a few years ago through United of Omaha was an indication of their underwriting creativity. The person had a total cholesterol of 370 which at the time would have been a decline with many companies, but United, noting that his cholesterol ratio was 2.7 approved the policy at their best rate class. Finally medical directors are recognizing what most doctors have for years, with plenty of HDL, total cholesterol simply isn’t that big an issue.

Family history is another area where the lines aren’t so cut and dried as they have been in the past. In general family history takes into account your immediate family, mother, father and full siblings, and whether they have had or died from heart disease or cancer prior to age 60. Yes, I know that some companies are more in depth, but what I stated is probably the industry average. Some chinks in that armor have come from Minnesota Life who will waive one death at age 58 or 59 and still allow their best rate. Banner Life will allow a one rate class improvement in family history if you haven’t smoked in 10 years and have HDL over 35 and LDL under 130. Reliastar has of course always been the go to company for history of cancer as they don’t consider family history of cancer at all. Other companies will waive family history if you have outlived the age that the family died at.

Bottom line. With the exception of the fun I poked at United of Omaha, there really is some good underwriting changes evolving. I don’t know if it could really be called “brave”, but any changes that benefit clients are worth at least a heartfelt attaboy.

Ed Hinerman has been our insurance agent for over 30 years. We actually consider Ed like a friend. He has been with us through the ups and downs of our lives and has always been there for us with sound, honest, and compassionate advice. He has always responded quickly and professionally whenever we have had questions for him about the changes we have gone through in our lives and how those changes will affect our future as far as insurance. Bottom line is, we trust Ed to do what is best for us. We think that you can trust Ed and the Hinermangroup to do their best for you too.