How Does Cigar Use Affect Life Insurance Prices? 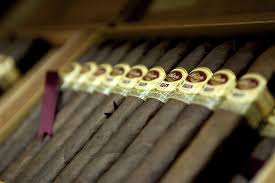 Life insurance underwriting has been appropriately rough on those who smoke cigarettes. There is a mountain of medical and scientific evidence concerning the medical and mortality risks of smoking cigarettes. Recently vaping has joined the ranks of habits that life insurance underwriting treats as dangerous and due the high pricing that has long been part and parcel of the cigarette habit. Rate for these two types of nicotine use can be anywhere from 2-4 times higher than a non smoker.

What is considered social or occasional?

Life insurance companies are all over the map on this definition, so best to use a life insurance agent that is familiar with how different companies define occasional. It’s critical to know that companies that offer as good as their best non smoking rate class with cigar use still check for nicotine in your labs. Even if you meet their definition of non smoker by how many you enjoy, if you foolishly smoke one close to the exam date and test positive, you will get a smoking rate offer. Life insurance labs actually test for cotinine, a metabolite of nicotine, and it can be positive as far as 4-7 days after your last use.

In reviewing 20+ companies, occasional use can be defined as strictly as no more than 4 per year, and as loosely as 1 per week, with most companies settling in at 12 or so a year. Again, keep in mind that even if you meet those criteria and blow the lab test, you’ll be paying smoking rates.

Am I stuck if I test positive for nicotine?

Prudential Financial is currently the only company that will accept you at non smoking rates if you smoke more than one a week or test positive on your cotinine test. While they won’t approve you at their best rate class, they do allow standard plus non smoking rates, their third best non smoking rate class, with admitted use and testing positive. They will take the same stance with chew and pipe smoking.

If you have questions about how you will be treated if you use cigars, cannabis or chew, or would like quotes because you believe you may be paying too much, call or email me directly. My name is Ed Hinerman. Let’s talk.

“My husband and I had life insurance policies through Ed Hinerman. When my husband passed away very suddenly, Ed was extremely helpful in my time of need. Some companies claim to be there for you. Ed and the Hinerman group were there for me. I have referred friends to Ed, and will continue to do so.”