Have You Been Court Ordered To Acquire Life Insurance?

For those paying child support or alimony, the court may have also ordered that you carry life insurance for a specified period of time to make sure the commitment is met even if you’re not around to meet it. 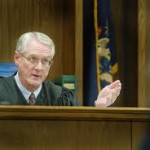 Most of the calls I get concerning purchasing court ordered child support or alimony life insurance are just short of the end date when it’s to be provided, or just after it should have been provided. It’s needed in a hurry. It’s at these two junctures that the life insurance application process needs to be handled quickly and, if it’s past due, sometimes delicately. It’s not unusual for me to communicate directly with the attorney or judge requiring the insurance to be provided to ensure them that steps are being taken, that I am aware time is of the essence, and provide documentation supporting those claims.

It’s very important when you move on getting court ordered life insurance that you let the agent know 1. That it is court ordered and 2. When it is expected to be in place and 3. If someone is breathing down your neck about that you give them the agent contact information. Encourage communication. From an agent standpoint, knowing the status of the life insurance and when it’s needed can expedite things.

A case in point today, December 26, a client called and let me know that he needs insurance in force by January 4 to satisfy a court ordered demand. In most cases we always try to get the absolute lowest cost coverage for every client. That’s important, but in this case the priority is an in force policy. I have a few companies that will issue a policy based on an application and labs which I can have by the end of the week, as long as there aren’t any MIB issues. Just so no one thinks I’m gouging a client just because they need it in a hurry, this particular case will cost the client $10 a year more than the best rate available, but it won’t get bogged down in end of the year underwriting.

Then there’s the issue of health. Sometimes insurance is a little harder to come by anyway, and the stress of it being court ordered makes it particularly important that you reach out to the right agent the first time. You want an agent well versed in impaired risk life insurance underwriting, one that can cut through all of the bumps in the road and get the job done as quickly as possible. Again, when a good agent understands the urgency and that status (court ordered), a lot of the red tape surrounding acquisition of medical records can be cut through. That is 80% of the job in getting quick approval on an impaired risk case.

There’s always the possibility that a person may not qualify for a traditional life insurance approval when the court tells them to get it. Kind of quandary! An example would be someone who was just diagnosed with cancer. Most traditional life insurance companies won’t write most cancer cases for anywhere from a year to five years after treatment. Through Lloyds of London we can get a policy issued that excludes death due to that particular cancer, a policy that will satisfy most judges.

Bottom line. It’s really better not to wait but for some reason there seems to be some lag time that creeps in to getting things wrapped up in divorce settlements. If you are in need of court ordered life insurance, or if you are the one waiting to get the insurance in force, call or email me directly with any questions. Let’s talk.

“I just wanted to say thank you. It is like finding an oasis in the desert to find life insurance people who treat me as a person with a name rather than as a liability with a risk analysis. It makes the whole process so much more pleasant. I’m glad I stumbled on your website and skipped all the the headache I could have had looking for ’bipolar life insurance’.”