AOPA Was Supposed To Be A Pilot Advocacy Association? 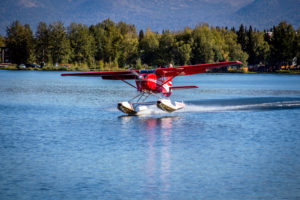 Since breaking the news about the 30% increase in AOPA’s group life insurance for pilots I’ve helped several pilots get their life insurance back on solid ground. With 8 companies that are very “pilot friendly” it seemed a no brainer that we could save those pilots money on their life insurance. The companies I represent were competitive with AOPA before the rate increase and one of my new clients emailed to tell me “Those rates are better than the plan I got through AOPA 6 years ago. I would definitely like to go forward – just let me know what the next step is”.

Let’s Put That In Perspective

The new customer above is 56 years old so he put his AOPA policy in force at age 50. It’s no secret that age is not your friend in the life insurance scheme of things. While this client was not at an age where life insurance rates, all things being equal, would be going up the way they do in your 60’s and 70’s, something sticks out. Let me explain.

At age 50 a male in good health could expect to pay $840 a year for $500,000 of 20 year term insurance. If the same guy in good health waited 6 years to buy that policy, at age 56 it would cost $1495 a year. So the client above is saying that the rates I quoted at his age 56 are better than what he got from AOPA (pre 30% increase) at age 50. To me that says that AOPA was charging far to much for their group life insurance for a very long time and now they have made “far too much”, well, crazy far too much.

If That’s Not Enough

Even though AOPA is completely out of the picture with their new, higher rates, there are other reasons to consider buying your pilot life insurance outside of the Association. AOPA Group Term Life has a maximum of $500,000 if you are under age 65. Is that really enough? A quick search through my client base tells me that my average pilot client carries over $1,000,000. AOPA only offers a maximum of $50,000 for pilots ages of 65-75. I have companies that don’t limit the amount of insurance even for older pilots. Let’s face it. A 72 year old that flies shouldn’t be capped at $50,000.

AOPA’s price hike will be effective September 1 and it’s National Aviation Day. It’s not like you need an excuse to get out of a bad deal, but there’s two good reasons to review your life insurance. Maybe, like the pilot above, you thought you were being treated fairly by AOPA. Maybe you’ve reached some aviation milestone ratings that could qualify you for better rates such as reaching 100 hours as pilot in command or finally getting your IFR. Maybe it’s just been a while since your agent has called you to review your life insurance, if they ever have. If you have questions or would like to get quotes on a new policy with rates that are guaranteed not to change during the life of your policy, call, text or email me directly. My name is Ed Hinerman. Let’s talk.

“Ed, I just wanted to reach out and thank you and your team for securing life insurance for me. I know my case was surprisingly challenging, with recent kidney cancer and being pregnant, but I truly appreciated your persistence and continued communication. Now my family is covered.”